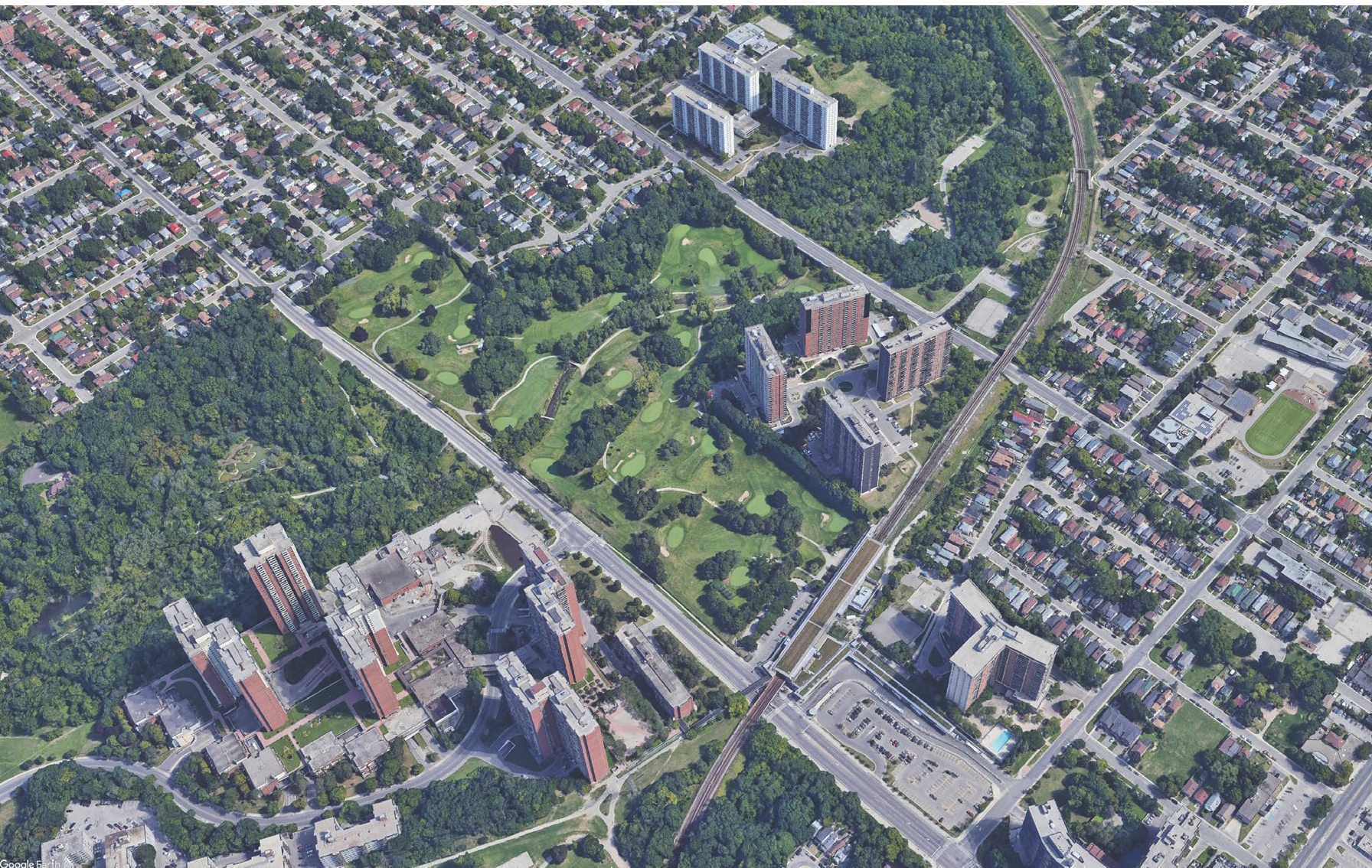 Victoria Park Avenue, Pharmacy Avenue, and Dawes Road all cross through an open creek system— Taylor-Massey Creek. Both Pharmacy and Victoria Park have intermittent zones of high-rise residential complexes fronting green space adjacent the Bloor-Danforth subway line. These high-density neighbourhoods suffer from lack of connection and isolation. At Dawes Road, the large zones of apartments on opposing sides of the ravine nearly touch, but are broken by the creek passing through. At Victoria Park, a large zone (Crescent Town), connects to Dawes Road, taking approximately half of the width of the open green space. 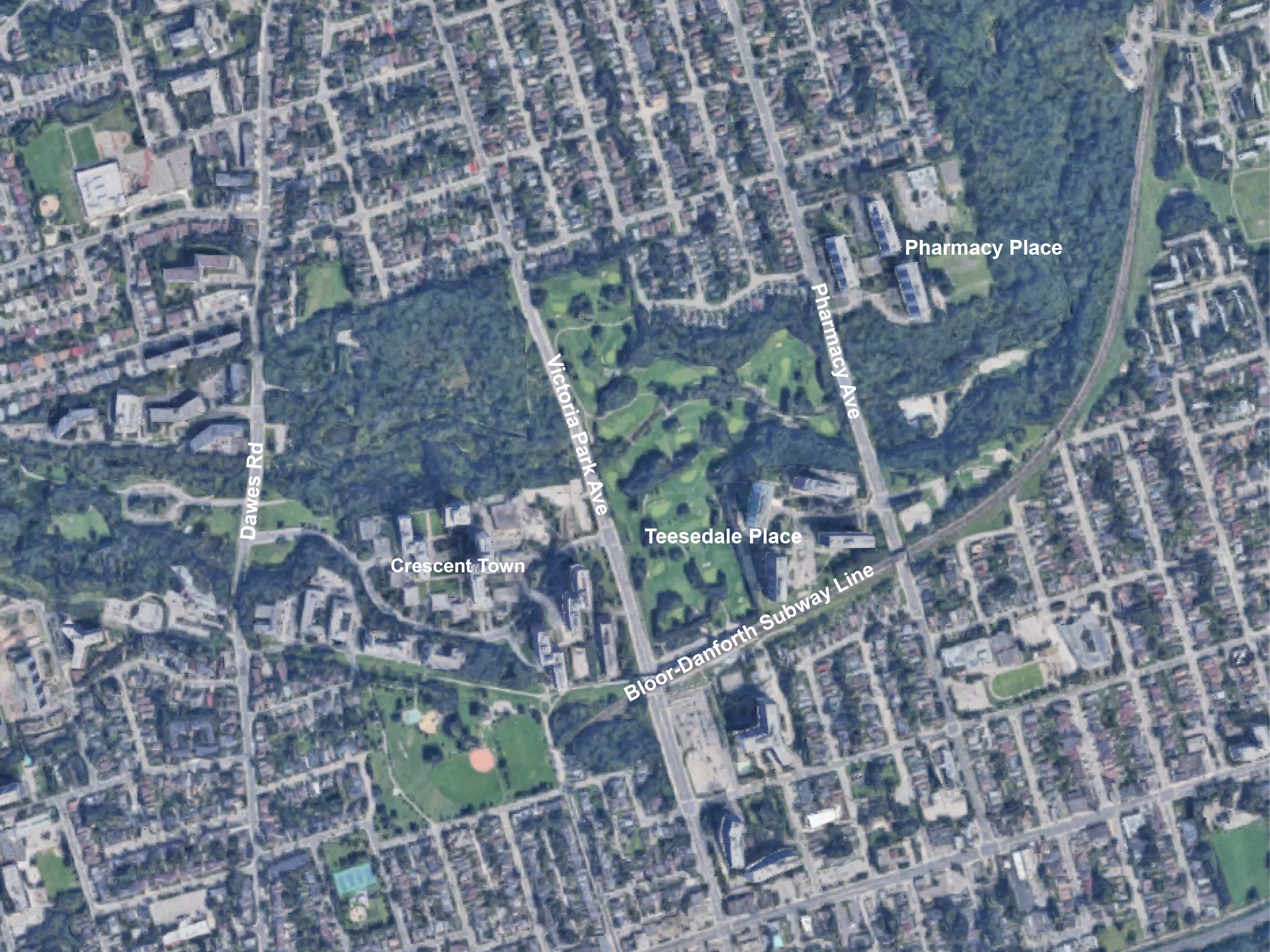 East of Victoria Park Avenue, the golf course is continuous along the entire length of the open green space and extends eastward to Pharmacy Avenue. At Pharmacy, the clear separation between single-family homes and high-rise residential towers becomes blurred, with larger fragments (such as Pharmacy Place), interpenetrating into the green space.

Pharmacy has two equal chunks of high-rise apartments on the northeast and southwest corners. The potential is to explore new prospects along the unbuilt strips of road which cross through the open space along Victoria Park, Pharmacy, and Dawes Road. Currently empty and fronting on wide strips of roadway, it is possible to cautiously imagine a new, denser future for these strips.

The proposal is to imagine a built response that would employ high-rise and mid-rise building types along an equal 40.0-meter strip on both sides of the roads. The current fragments of apartments that are currently embedded in the green space could be further connected by a built series of 40.0-meter zones along the roadways.

The building types could cautiously compose a new relationship to the open ravine space and adjacent golf course, with the latter even being turned into a public park. The narrow building sites would have mid-rise buildings and carefully placed towers which would act as frames into the open space, and markers along the new expanded boundary of the roads. The roads in turn could also be reduced in width and redesigned with a new look and improved urban design qualities.

Both Pharmacy Avenue and Victoria Park Avenue would be reinvented with new linkages and potentials integrated with the existing residential complexes. The strengthening of these north-south corridors would continue down to the Danforth, where sporadic apartment locations frame the street edge and offer continuity. The same possibilities could work for Dawes Road to the west and other similar streets. In all cases, the single-family homes are left untouched, but pedestrian connectivity between them is improved. Currently broken and discontinuous, Victoria Park Avenue, Dawes Road, and Pharmacy Avenue could become new prototypes for urban bridges across open ravine spaces in the city.’