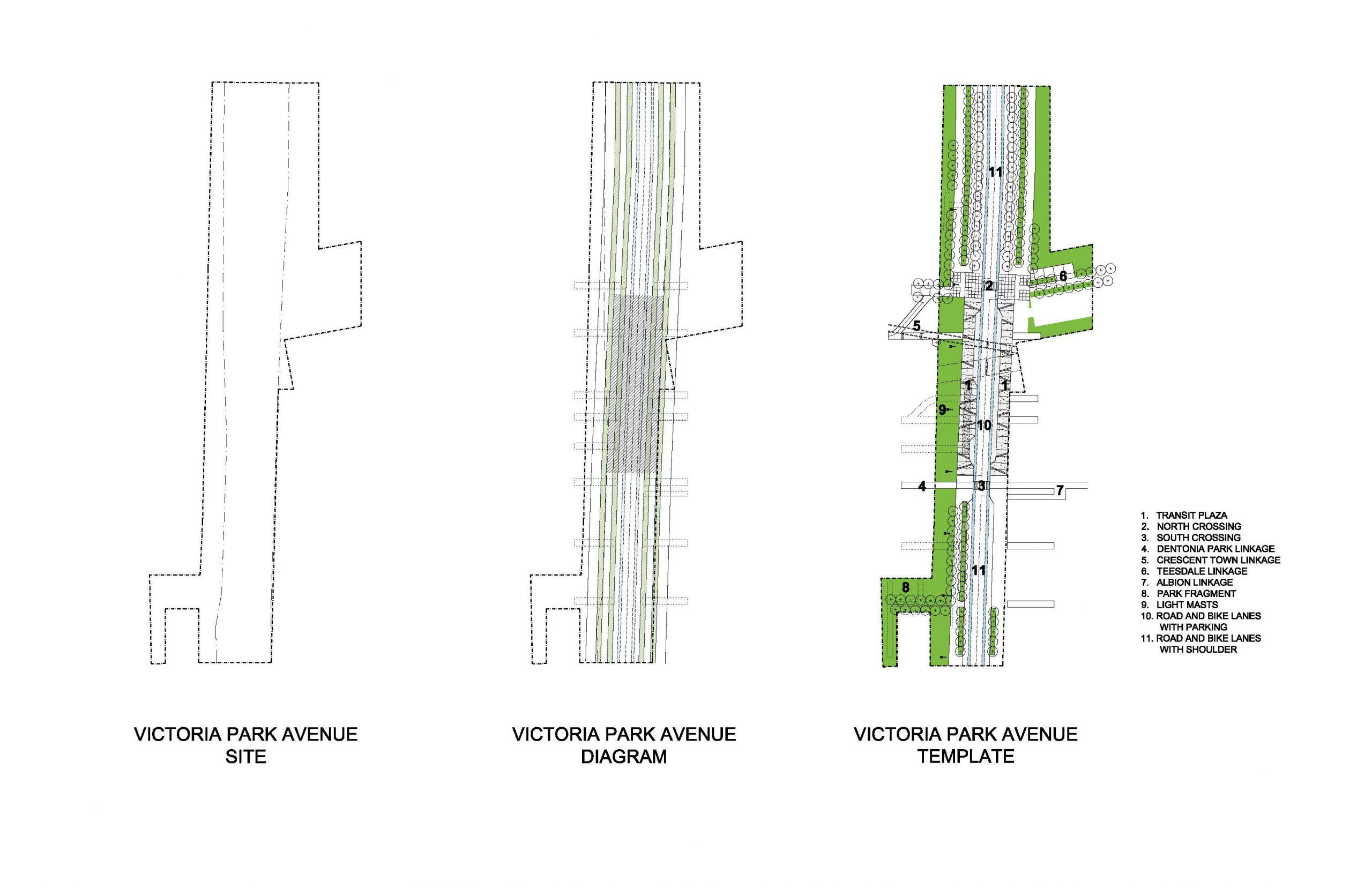 The TTC have commissioned urban design studies examining the development potential of the Victoria Park and Warden Subway Stations that build upon the important relationship of new high density mixed use developments, the east-west subway line that travels through Scarborough, and a presently disconnected public realm of streets and open spaces. Through the ongoing TTC programme of subway and bus terminal improvements, explorations into the nature of the suburban roadway have resulted in a series of proposed improvements to the interconnection of public realm, public transit, built form, and a dramatic natural ravine landscape as a shared initiative between public agencies. The convergence of improved street sections and public landscapes, pedestrian linkages and invigorated built form programming has been carefully composed to provide a new direction that can revitalize and re-forge a strong linkage between the intensity of the urban center and the generous open spaces of its first ring of suburban development.