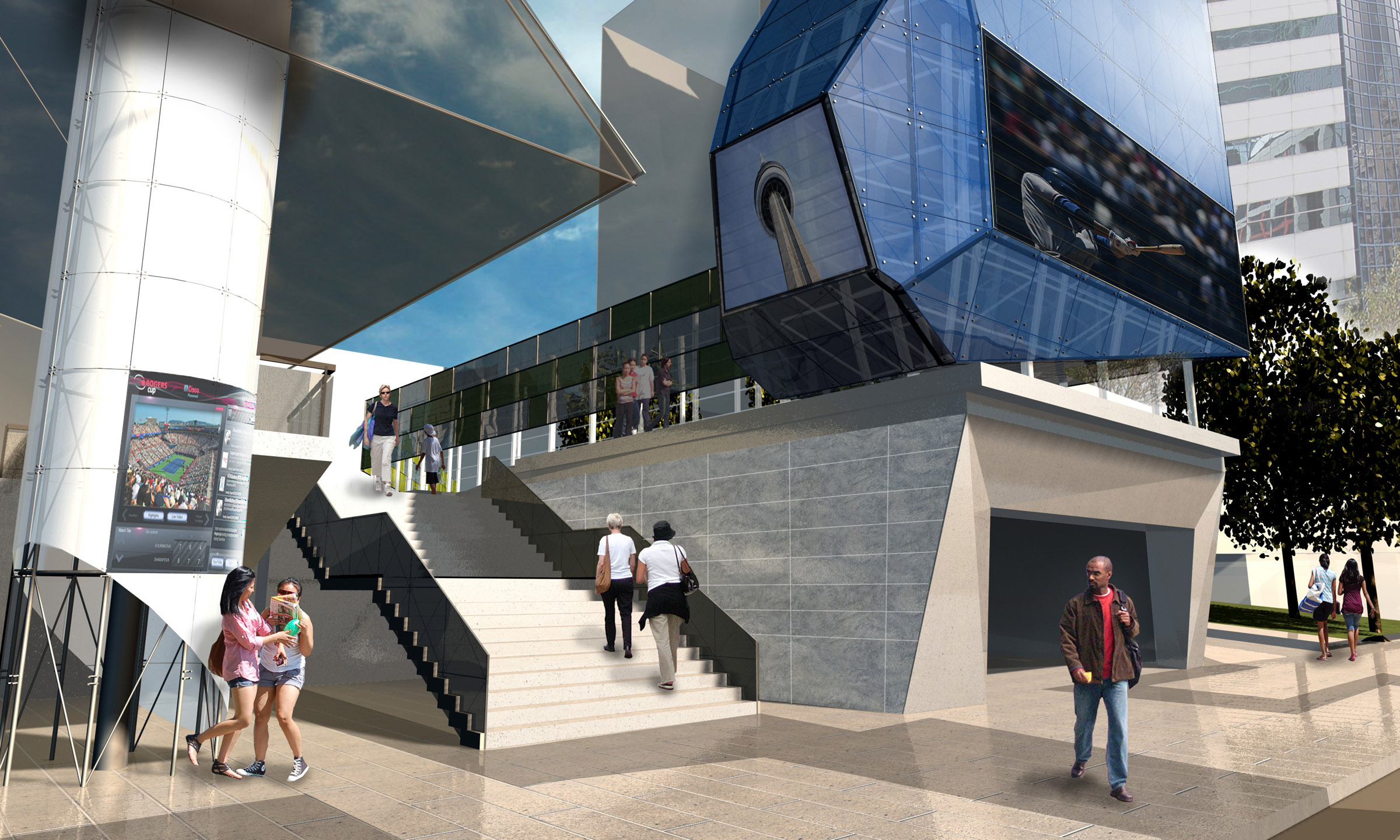 The CN Tower is the premier tourist destination for Toronto, and certainly one of the most well-known sites in Canada. In turn, the site of the CN Tower addresses many of Toronto’s key urban conditions, presenting substantial opportunities to form stronger connections to the city’s urban fabric at its immediate context to its neighbours, and at the larger context of the city. The iconic presence of the CN Tower and the new institution of Ripley’s Aquarium require a public space that can create a new legacy for this highly-charged precinct of the city – a sweeping public space that is animated, exciting and responsive, a new threshold as inspiring and iconic as the vertical monumentality of the CN Tower.

In addressing how to achieve a transformative public space, the key challenge for the CN Tower can be described as its ‘connectedness’ at all levels. At its broadest connection, the CN Tower is in fact extremely effective in its long distance recognition from all parts of the city and well beyond. Ironically, the closer the visitor gets to the Tower, the more difficult it becomes to approach, as the Tower becomes hidden by its immediate neighbours and by the route through the plaza to the CN Tower ticket entrance. Our concept therefore addresses connectedness of the:

Our concept establishes and intensifies these multiple conditions of connectedness by our design of a set of iconic new elements – surface, frieze, vegetation, stellae, lighting, and canopies – that are repeated in each of the sites. The following describes the elements that are common to each of the project sites.