Dufferin Grove Community Project: a Park Within a Park 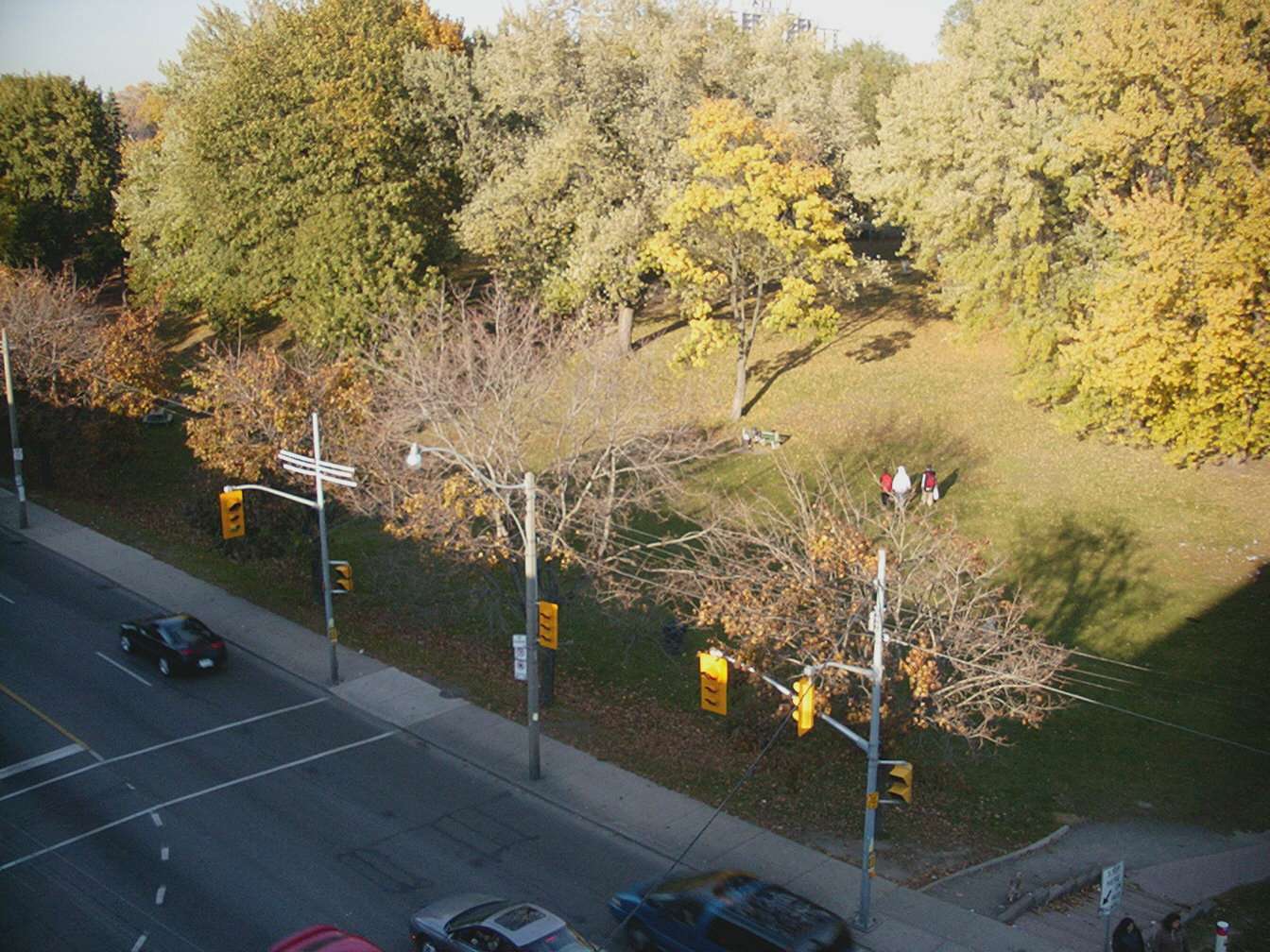 In our Dufferin Grove Community Project completed over twenty years ago, we identified Dufferin Grove as a city park in need of re-thinking. Given the last two years of the pandemic, parks and park users have become more entwined in their reciprocal needs, and the problems and potentials we identified in our study persist.

The primary focus of our analysis was on the park’s boundaries with its adjacent streets, and how these boundaries allowed for interactions between the two entities. We concluded that the boundary was inoperative in many ways. Along the boundary of the park are setback steel fence enclosures that create separated, undeclared, unusable perimeter zones, lost margins that freeze any potential relationships to its inside and outside environments.

Dufferin Grove and its Adjacent Streets

Two of the park’s perimeter streets, Dufferin Street and Havelock, contrast both in scale and functionality. Havelock is residential, with houses fronting onto the sidewalk and light car traffic, and the sidewalk adjacent the park edge simply passes by the park indifferently. On the northern edge of the park, the narrow street extended into a defunct laneway.

In contrast, Dufferin Street, a main traffic corridor, was widened in the 1950’s to accommodate more lanes of traffic. These sidewalks, which need to accommodate hydro poles, bus stops, and high levels of pedestrians, are extraordinarily narrow, forcing pedestrians dangerously close to the road. The eastern sidewalk on Dufferin Street has become a narrow causeway with no relationship to the sunken topography of the park along this edge.

In response to these varied street conditions, we proposed a linear perimeter park around Dufferin Grove that could intensify, separate where required, and engage the park’s internal elements. This new perimeter park included a new system of entangled pathways, tree groupings, seating, water features, as well as a storm water management pond in the sunken section of the park along Dufferin Street.

The park’s existing ice rink, baseball fields, playground, and other community spaces were placed into the park without much thought about how they connected or contributed to a larger internal organization. In our proposal, these isolated elements become connective, interacting with each other and the park’s perimeter and providing a rational for the larger park organization.

Our conscientious re-design of Dufferin Grove Park demonstrates the ability of Dufferin Grove to take on a new intensity and utilize the park’s fullest quotient of recreational landscape. As it stands, Dufferin Grove still has the same potentials and deficiencies it had over twenty years ago, but the park can exist as a proper exemplar of how cultural, social, and ecological considerations can be integrated into a unified design solution. The proposed expansion of the Dufferin Grove Field House should review our work and think on the scale of the park’s future improvements.