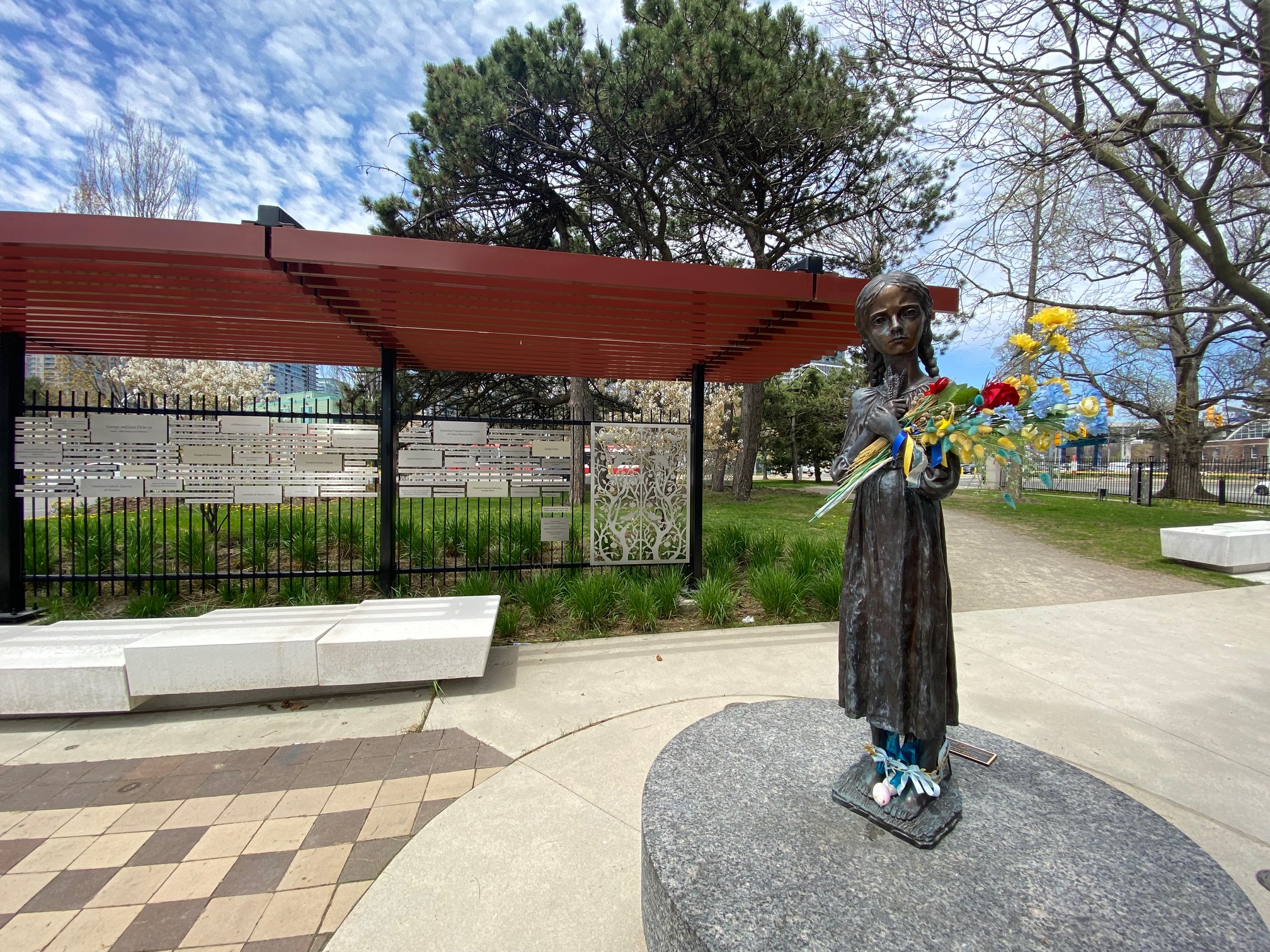 Between 1932 and 1933, Ukraine suffered a famine affecting the major grain-producing areas in the region. The famine, known as the Holodomor, was a result of forced collectivization, a policy that was deliberately planned and executed by the Soviet regime under Joseph Stalin to systematically destroy the Ukrainian people’s aspirations for a free and independent Ukraine. At the height of the famine in 1933, an estimated 25,000 men, women and children in Ukraine were dying every day from starvation. This forced collectivization caused the death of as many as 10 million Ukrainians and is officially recognized as an act of genocide. 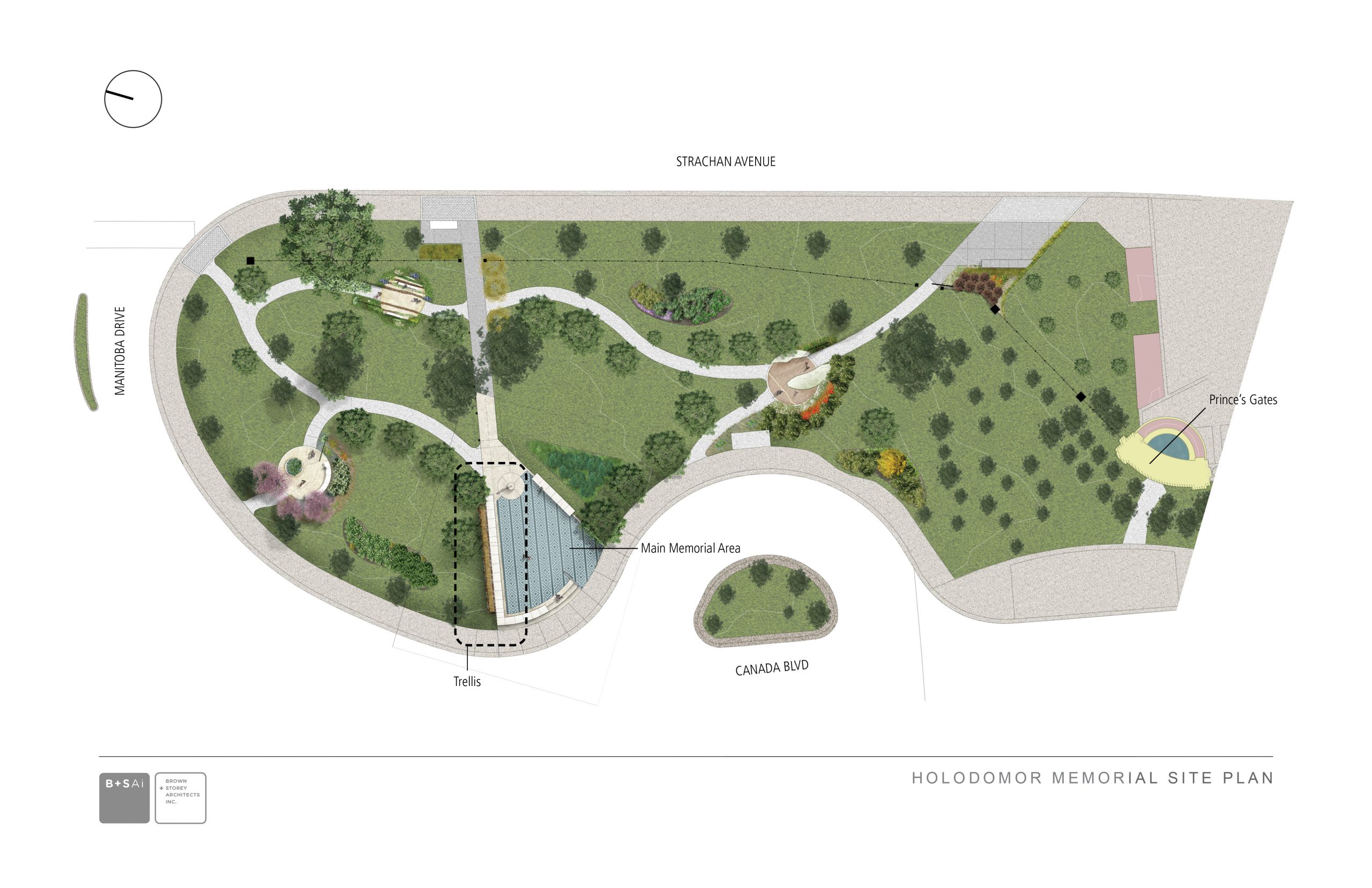 The Holodomor Memorial parkette was established in 2018 as a memorial to the victims of the Holodomor genocide. The site, located at 2 Strachan Avenue, provides a gathering area for the Ukrainian Canadians of Toronto to host their annual commemoration services and a new contemplative space for the visitors and citizens of Toronto.