Morrow Park is Peterborough’s large agricultural fairground, hosting an annual summer horticultural fair. This large 27 acre park is located on the main approach to the city and forms a prominent entrance to the downtown core. It is home to the Memorial Arena for the Peterborough Petes Hockey Team and a regular farmers market. 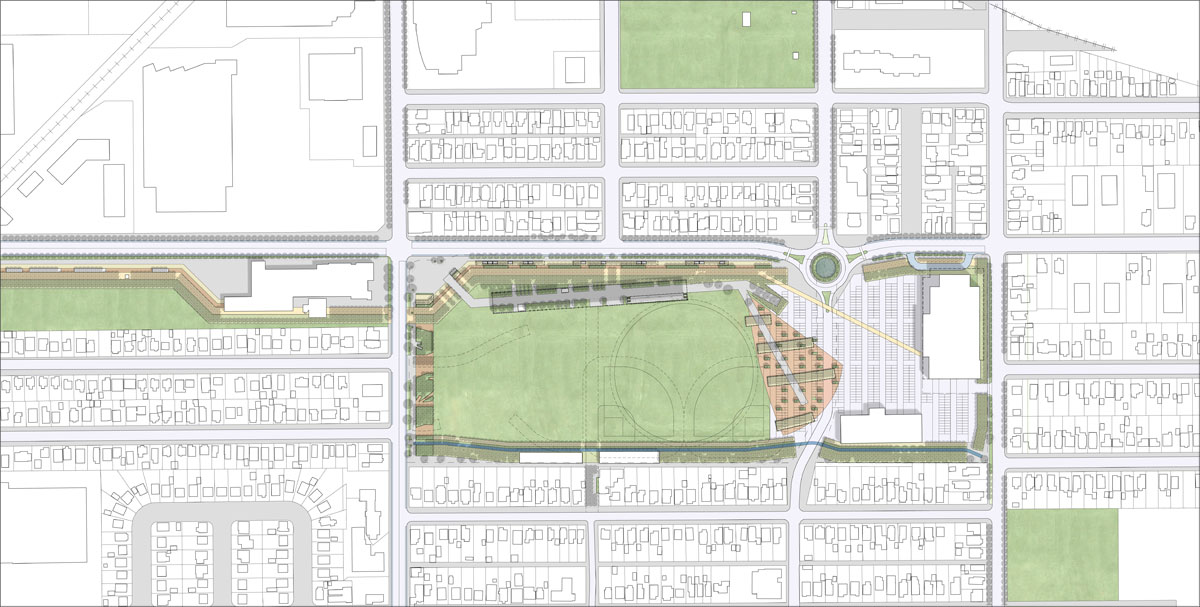 The Master Plan for Morrow Park was approved by Council in the fall of 2011, and contains ambitious ideas that reformulate the perimeter of the space as a generous new linear park planted with a thick green membrane of trees and pathways. This beginning phase of work sets a new scenario for a full range of improvements to its connections to the city, its expansion of programming and everyday use, future expansion of the arena, a new public square and improved public facilities for the various stakeholders in the park: the Agricultural Exhibition, the Kawarthas Gymanstics Club, and the Farmers Market.

The reintroduction of Morrow Park to adjacent Lansdowne Street has been incorporated into the overall park improvements. A new roundabout and boulevard to the park are proposed with public scale trellises, walkways and a surrounding linear park.