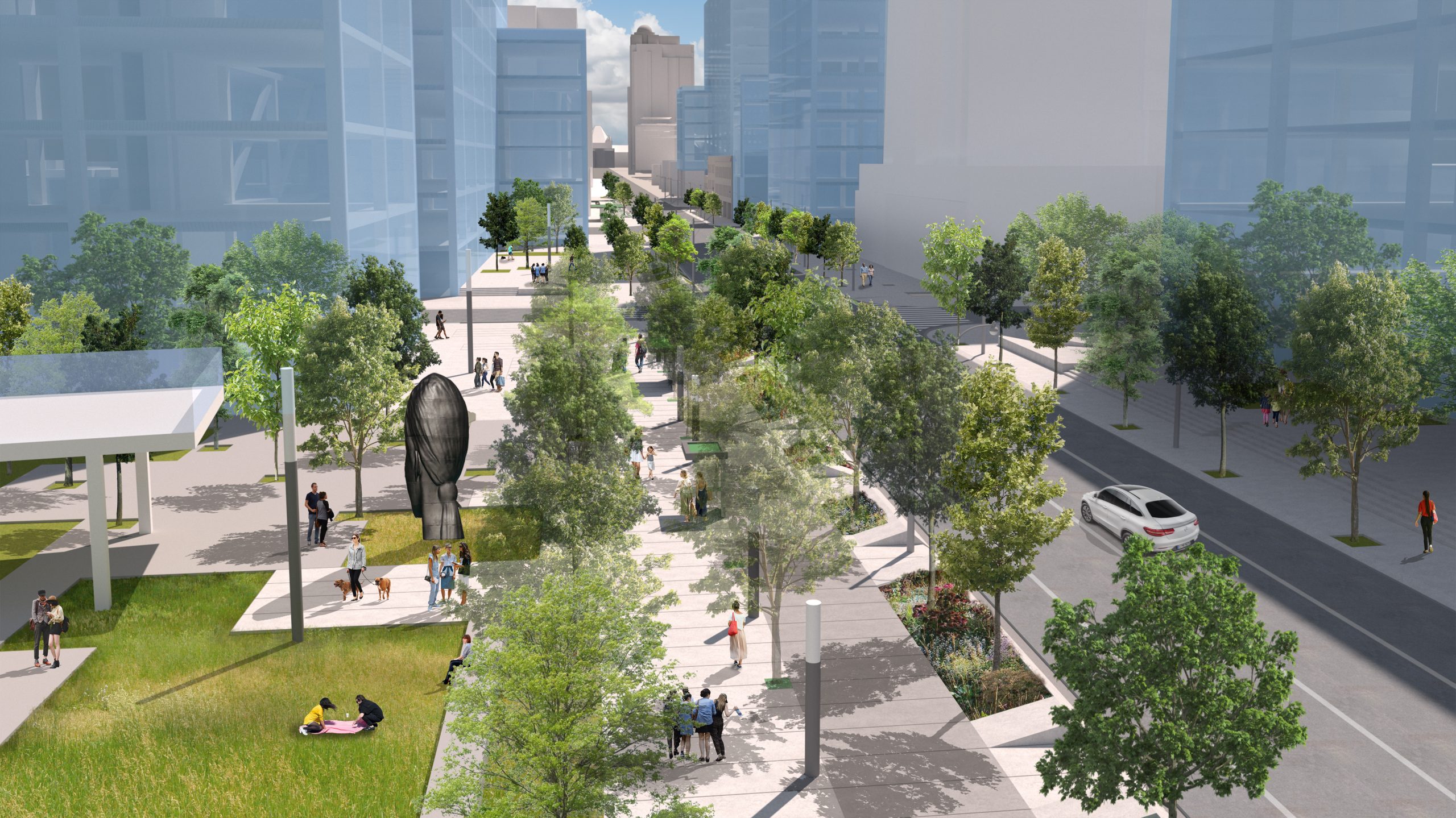 This study proposes a re-imagining of Avenue Road to return to its prominent role in the city’s public realm by reducing six lanes of speeding traffic to four and creating new public space. This new space would increase the area for sidewalks by 240% and accommodate 580 new trees.

Avenue Road, which was set up as a major civic boulevard in its original form, punctuated by the Queen’s Park precinct in the south to Upper Canada College in the north, lost its grandeur in the 1950s when, along with scores of other streets in Toronto, it was widened to accommodate vehicles. This intensification came at the expense of public space, verges, front gardens, sidewalks, lighting, and street addresses, but nowhere was it so destructive as it was for Avenue Road, which had been a tree-lined thoroughfare. This study suggests a reversal through tested urban design methods, precedents, visualization, research, and focused directions for action. 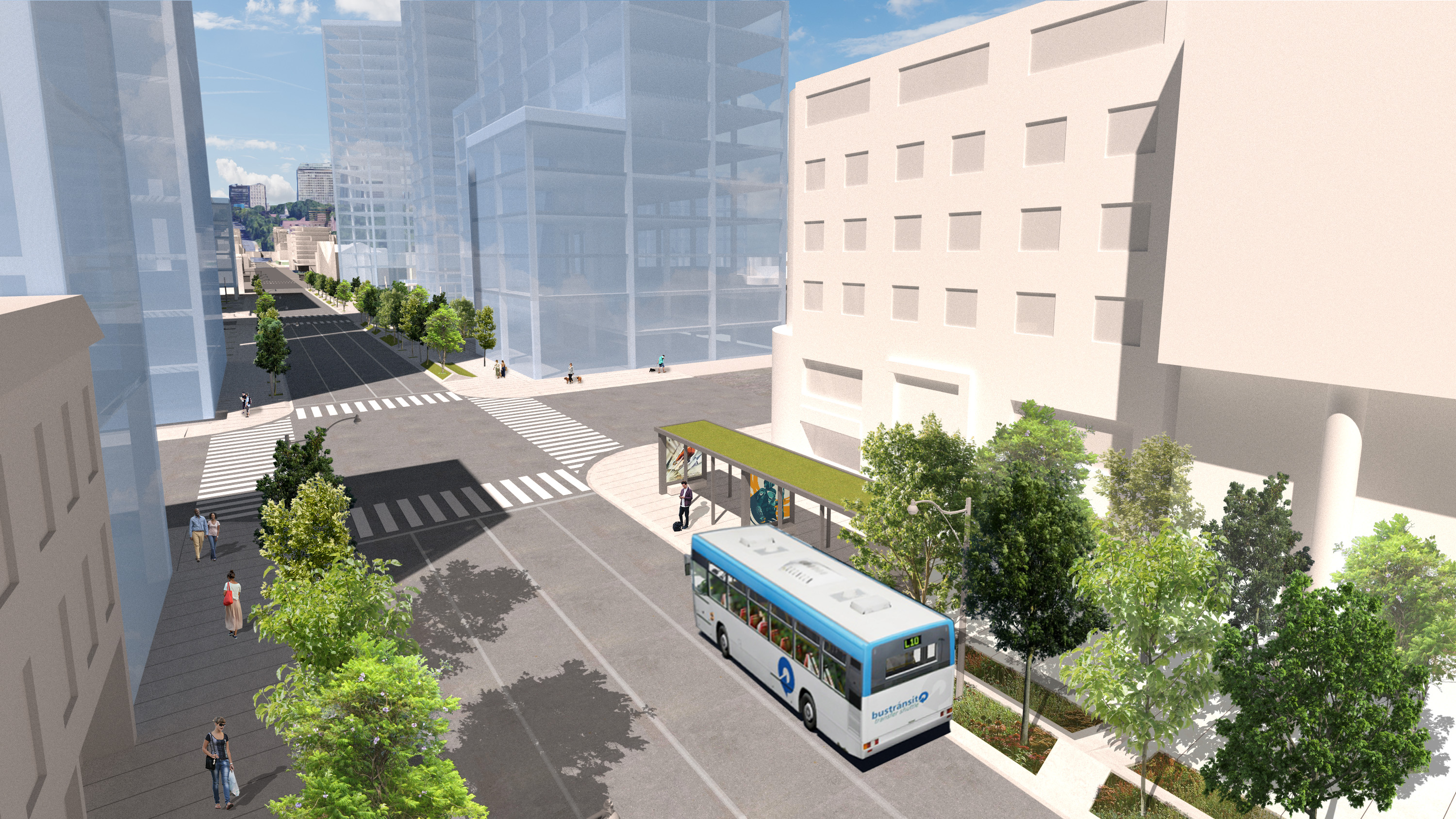 By reversing the lane widening of the 1950s, this study seeks to address key issues of pedestrian safety. The widening of the vehicle lanes has left the sidewalks dangerously narrow and set immediately beside six lanes of speeding traffic. By reducing the lanes for vehicles from six to four, as with south of Queen’s Park on University Avenue, the sidewalk can regain a more generous width that will provide a safer route for the many residents and school children who use Avenue Road as a primary daily route.

The full Right of Way (ROW) width for Avenue Road is 25 metres. Currently, that is divided between six vehicle lanes (for a total width of 20 metres) and two sidewalks at 2.5 metres each.  At some points, however, the sidewalks are as narrow as 1.4 metres, below the city’s guidelines.) The reduction of lanes to four, for a total width of 13.32 metres, would allow for an asymmetrical distribution of pedestrian / public space with a widened 3.5-metre sidewalk on one side, and 8.17 metres on the other. The asymmetrical arrangement is a key strategy for the study, allowing for the establishment of a significant linear park, with enough width for a double line of trees and generous sidewalks. 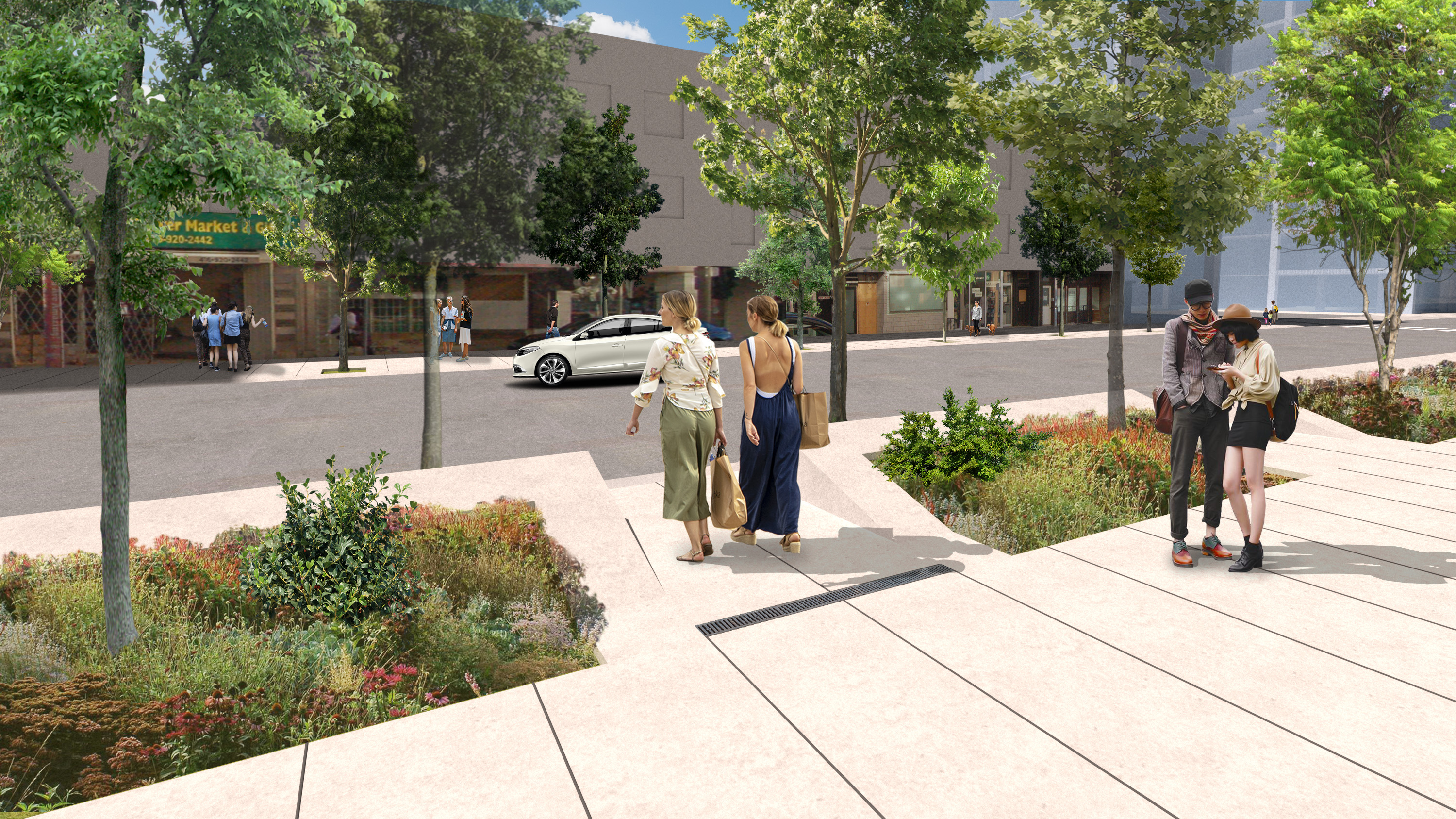 This new linear park is transformative at a civic scale. The Avenue Road Park could become a key linkage in the City of Toronto’s Park Ring concept of interconnected public spaces encircling the city, while also forging new potential linkages to the Greenline and strengthened connections to Ramsden Park. This new public network would also become the northern partner to University Park, the recently proposed reconstruction of University Avenue to the south, where a similar reduction in traffic lanes and shifting of the newly achieved public realm into an asymmetric arrangement, offers the opportunity to become a major civic promenade.

Avenue Road Park, at a local context, is equally transformational. The 1950s road widening created a highway where the accommodation of the vehicles is paramount, when in fact Avenue Road is a richly populated city street with main street shops, institutions, parks, schools, and residential buildings. The six car lanes created not just minimal and unsafe pedestrian sidewalks, but also a great divide between one side and the other, where a more urbane street section once existed. This new cross-street condition made in this study begins to stitch together this divide, where neighbourhoods can become reconnected, and crossing the street from one side to another does not become a dare-devilish act. 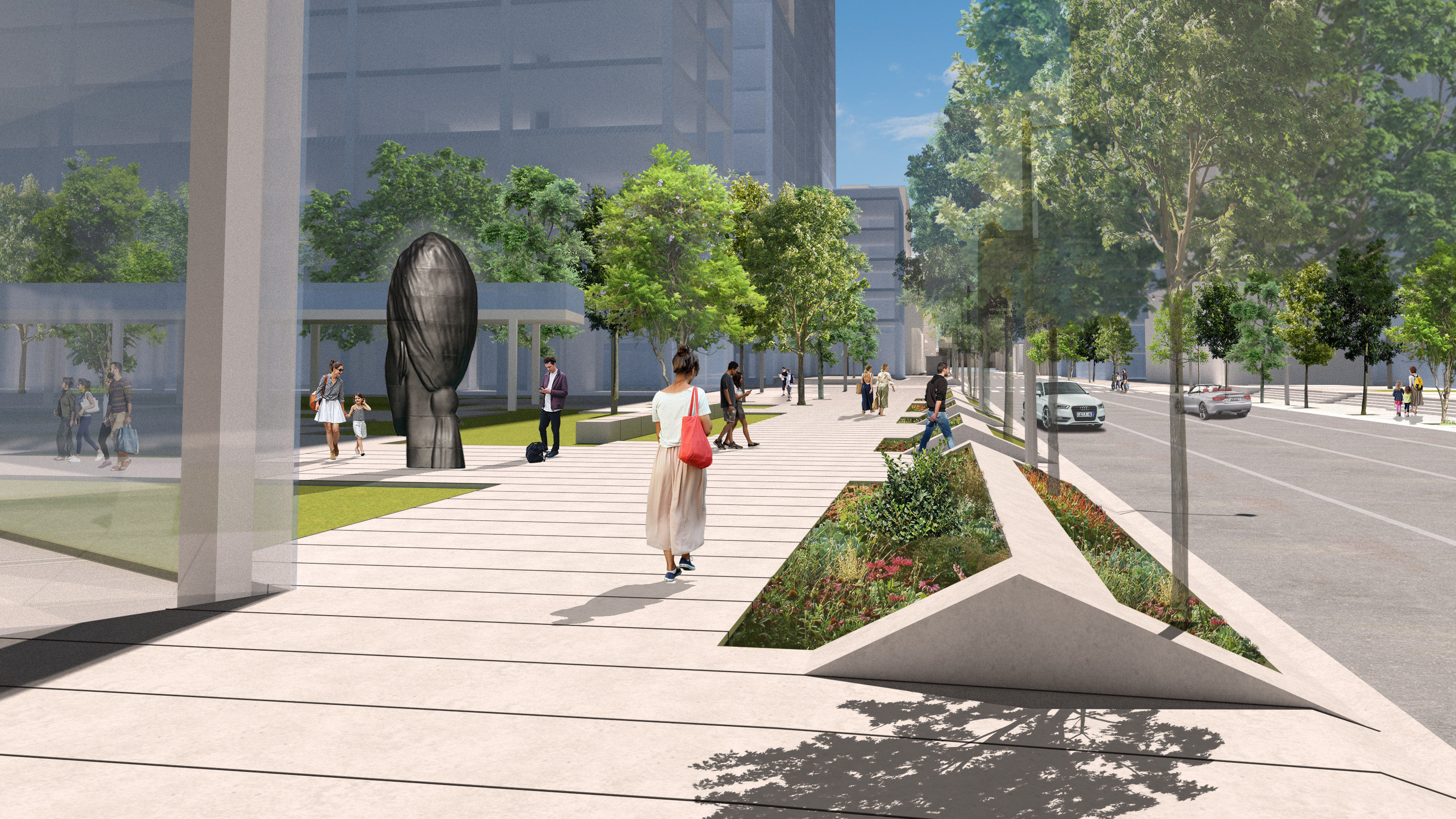 This study shows how a return of balance to the space for pedestrians and vehicles would revitalize a key boulevard in the city. The reduction of lanes would offer a sidewalk esplanade with a new urban tree canopy, putting the needs of pedestrian front and centre. The study documents the existing conditions of the thoroughfare, explores options for reducing lanes in favour of the public realm. It shows, block by block, the resulting transformation of the sidewalk and verge accompanied by 3D views. Archival photographs and reproductions of Goad’s mapping* show what was lost when the space for vehicles was expanded and the mapping of civic relationships and physical attributes show what can be returned.

The rediscovery of Avenue Road can be a major part of the city’s infrastructure of public space networks that will have benefits of greening, interconnection, and generosity to the pedestrian for a new generation of active citizens.