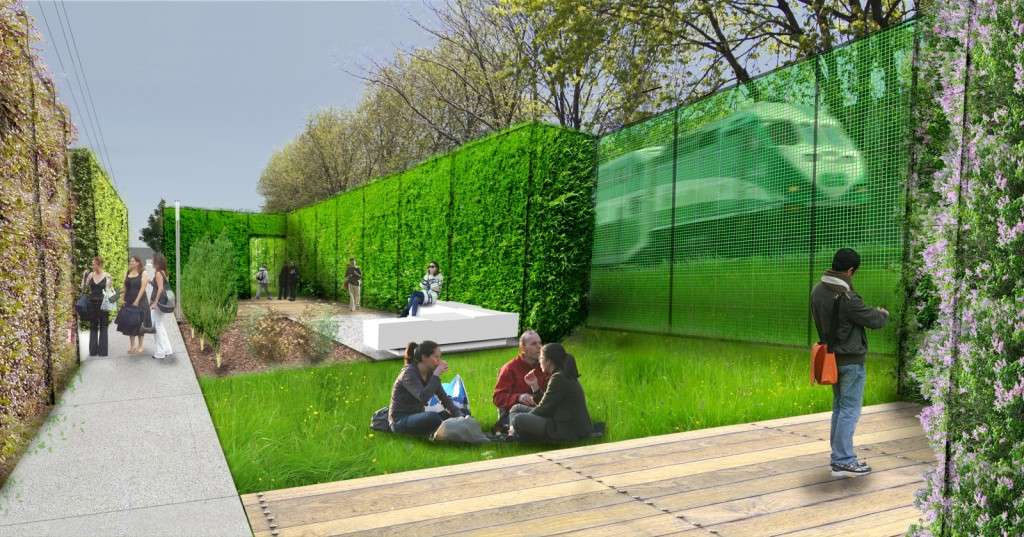 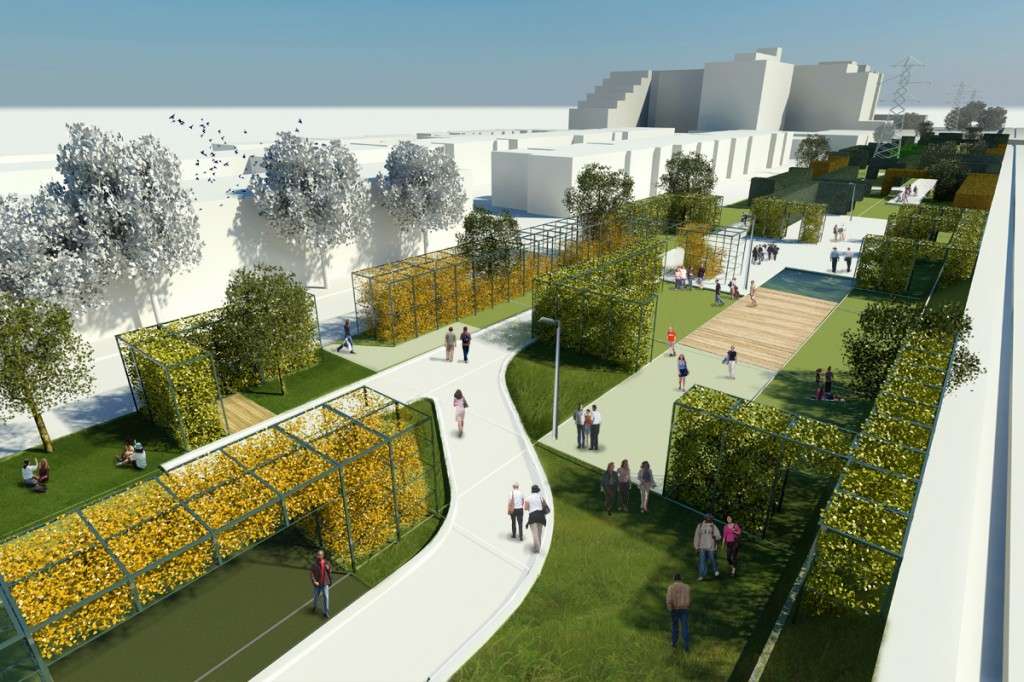 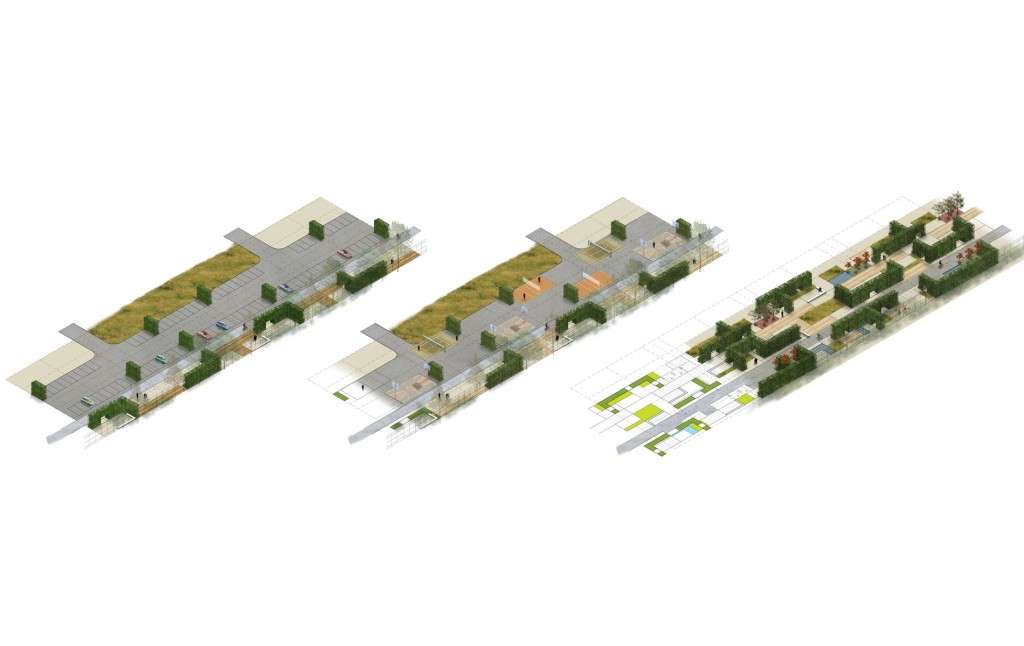 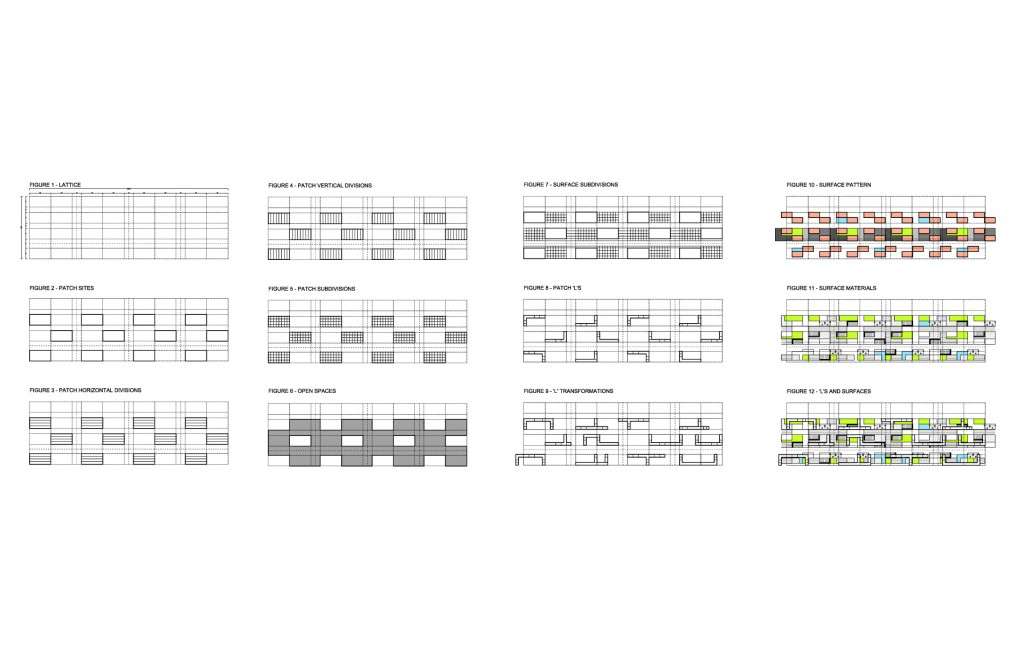 Rather than starting with the image of an abused space becoming ‘good enough’ by adding what we can manage, let’s begin by re-imagining a different future for Toronto: the Tuilleries — a king’s garden turned over to the public domain. In this proposition, the Green Line becomes an enclosure in order to create a new open-ness, able to both contract and dilate, to have both solid and intermittent edges. This structured open space is able to direct and confront its context, re-centering the tired city fabric to a new ecologically balanced territory away from the railway tracks to the south and the hydro wires to the sky. Normal ecological characteristics are introduced through the reclamation of vegetation, water, movement, human occupancy and bird/insect habitation, while a social ecology is given equal status with supports for infinite room arrangements, night+day, slow+fast+standing still, rhumba ’round my garden.

The newly continuous body of the Greenline is made in combinations of a small number of elements. L-shaped constructed hedges enclose the space while maintaining openness through breaks and framing passages, creating infinite variations for small+medium+large spaces within the whole. The hedges contract to accommodate parking, dilate to maximize space. Surface materials of asphalt, wood, fines, gardens, invite appropriation and transformation of the spaces by visitors. A continuous 6 meter movement network hugs the southern rail boundary to maximize the Green Line’s face to streets, neighbouring parks and alleyways, while permitting co-occupancy with parking. Finally, new exchange plazas and scaffold / bridges are constructed at nine underpasses as detailed in our winning Competition B submission.

In its Competition A, the Green Line Ideas Competition (2013) challenged designers to advance a vision for the 5 km electrical transmission corridor that parallels a railway line through mid-Toronto.

The pattern and elements are able to accommodate parking, sports courts, and a variety of other public amenities.

The pattern and elements are able to accommodate parking, sports courts, and a variety of other public amenities.