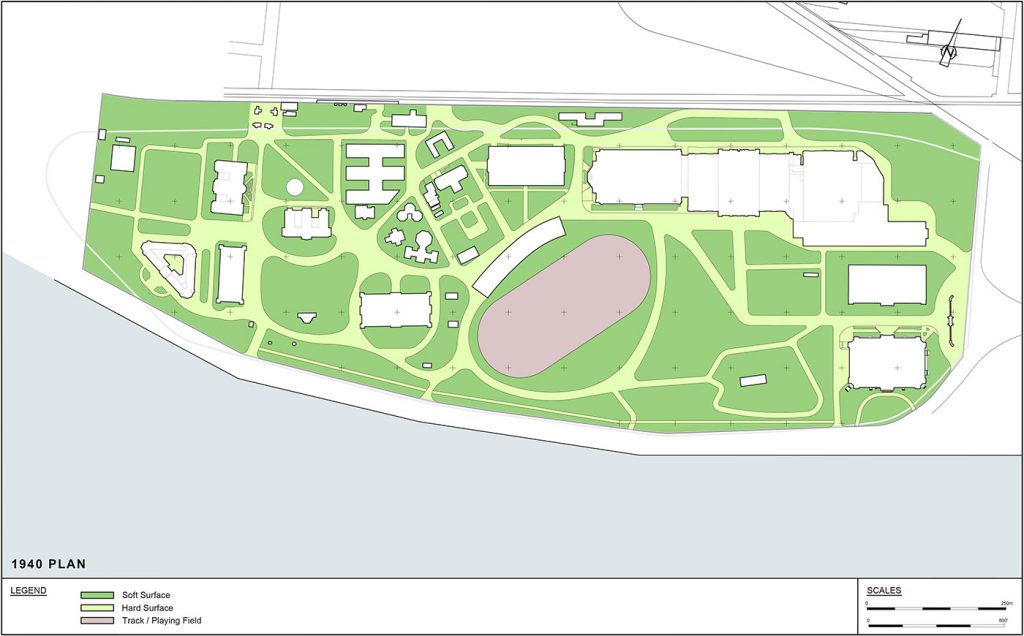 1920-1953: Chapman and Oxley Plan and The Royal Agricultural Winter Fair

This period saw the addition of numerous monumental buildings and features, with most of the expansion and development occurring on the eastern half of the grounds, which were considered an “eyesore” compared to the rest of the park (The Globe, Aug 22, 1924). The continued improvement of facilities reflected Toronto’s emergence as a commercial and industrial giant.